And how to heal 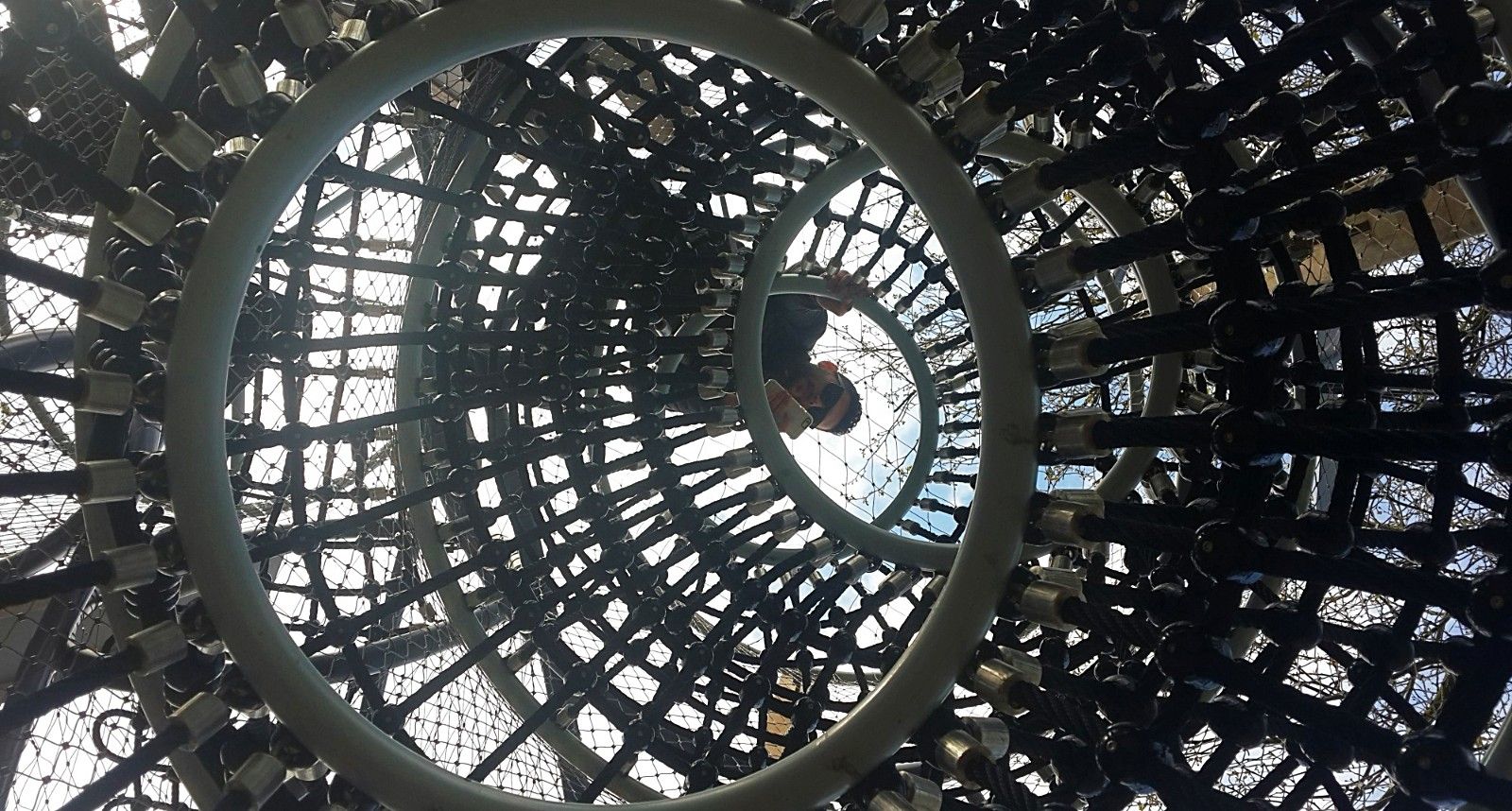 Despite the fact that migraines are extremely common, they are not very well understood by most practitioners, and, therefore, can be difficult to treat. Migraines are a neurological disease characterized by head pain and symptoms such as nausea, vomiting, dizziness, sensitivity to touch, sound, light, and odors. Migraines can also be accompanied by abdominal pain and mood swings, especially when experienced by young children, who can also suffer from debilitating migraines.

Unless you have suffered from repeated migraines, it is hard to imagine how debilitating they can be. Chronic Migraines significantly impair the quality of one’s life and create tremendous emotional and physical pain.

Before we discuss how to heal migraines, we need to first better understand the different types of migraines, and recognize causes and triggers for onsets.

The two main causes of migraines are: 1- Toxic heavy metals and 2- viral activity. Most migraines are caused by a combination of both these factors.

Our nervous system is composed of neurons that carry messages through an electrochemical process, where neurotransmitters are entrusted with the task of transmitting signals that move from one neuron to another. When toxic heavy metals present in the body come in contact with the nervous system, this can create a very broad spectrum of problems.Heavy metals often pollute neurotransmitters, and cause them to malfunction and overheat, which in turn damages the surrounding neurons, glial cells, and brain tissue. In addition to this phenomenon, when certain viruses feed off the toxic heavy metals, they produce neurotoxins which also have an adverse effect on the nervous system, causing pain, twitching, burning sensation, neurological diseases and more.

Blood that is overloaded with fats, toxins, and viral debri, what Anthony William calls “dirty blood”, is an additional cause of migraines is - When the liver holds too much animal fat, pharmaceuticals, and viral waste, it is not able to properly filter the blood and as a result dirty, thick blood enters the different organs in the body. In addition to lowering the amount of oxygen in the blood, the dirty blood in and of itself causes harm.

This situation is often accompanied by chronic dehydration which thickens the blood further. The toxic and thick blood causes neurons to overheat and “short-out”, often resulting in a headache or pain.

Before we continue further, we will first go over the different types of migraines, to better understand the different causes and factors that contribute to migraine headaches.

Many are not aware that children as young as 18 months of age can suffer from migraines. In general, children have fewer and shorter migraine attacks than adults, yet this type of migraine can be just as disabling and serious as adult migraines.

Children usually suffer from what is known as abdominal migraines, typically occurring between the ages of five to nine years old. These migraines are often accompanied by abdominal pain, nausea and vomiting, and attacks typically last for 2-72 hours.

Abdominal migraines are neurologically based, due to the presence of toxic heavy metals that affect the vagus nerve. As a child grows and the brain develops more neurons, glial cells, and brain tissue - the heavy metals become proportionately smaller, making them less toxic. Often this type of migraine becomes less severe with time, and if the heavy metals are safely removed, the migraines can disappear completely. 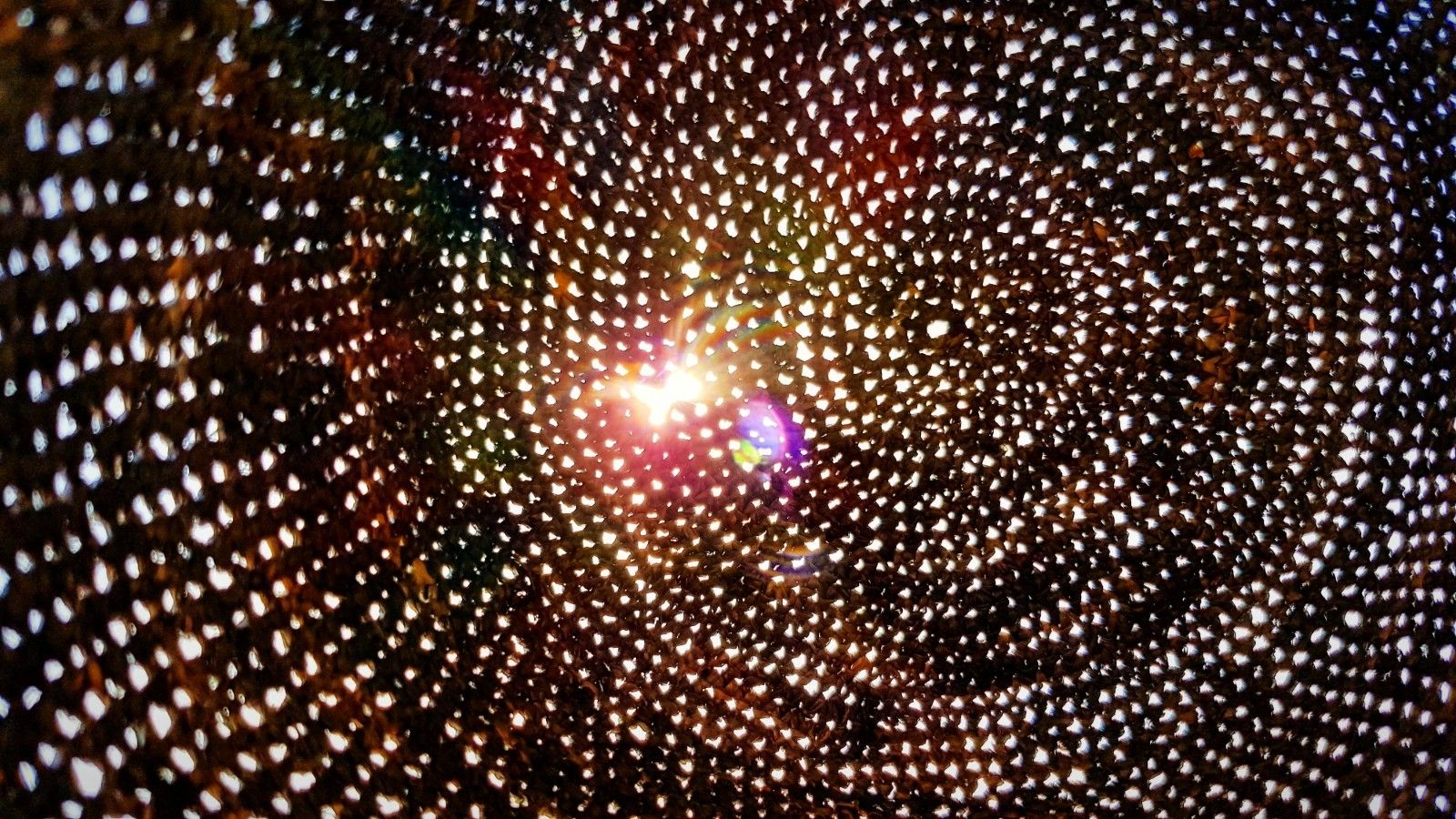 Much like retinal migraines, this type of migraine also affects the eyes and is characterized by an acute headache and vision problems that involve flashing lights and bind spots, usually in both eyes. An aura migraine often includes tinnitus, double vision, and/or vertigo, which can cause severe dizziness. This type of migraine is usually viral based.

When women menstruate 80% of the body’s reserves go to maintain the menstrual cycle, which severely compromises the immune system. This can cause a partially dormant physical problem to flare up during menstruation. Because this type of migraine occurs during menstruation, many falsely believe that migraine headaches are the result of a hormone imbalance rather than a low grade viral or bacterial infection that flares up due to a compromised immune system. Additional reasons for this type of migraine can be adrenal fatigue, toxicity, or neurological damage.

Hemiplegic migraines are characterized by a paralysis or weakness on one side of the body, occuring at the time of the migraine attack, mimicking symptoms common to a stroke. Often after the migraine has dissipated, the individual will experience tremendous fatigue. This type of migraine is also viral related.

This is a disorder of the fifth cranial (trigeminal) nerve and involves pain on one side of the face, usually around the cheek or jaw, sometimes running up to the head or down to the neck. This type of migraine is usually brief and sharp in nature, and often feels like an “electrical shock”. This type of migraine is shingles (herpes) virus related.

When the body is dehydrated and the liver sluggish and overloaded with toxins - environmental toxins, hypertension, excess heat, and a massage can also trigger a migraine headache.

A zinc deficiency can also contribute to migraine headaches in that zinc is often absent from our diet. Without zinc, our liver cannot detox and the immune system cannot function properly,

Stress is possibly the most common trigger for all types of headaches and migraines, and will often make an existing headache worse. 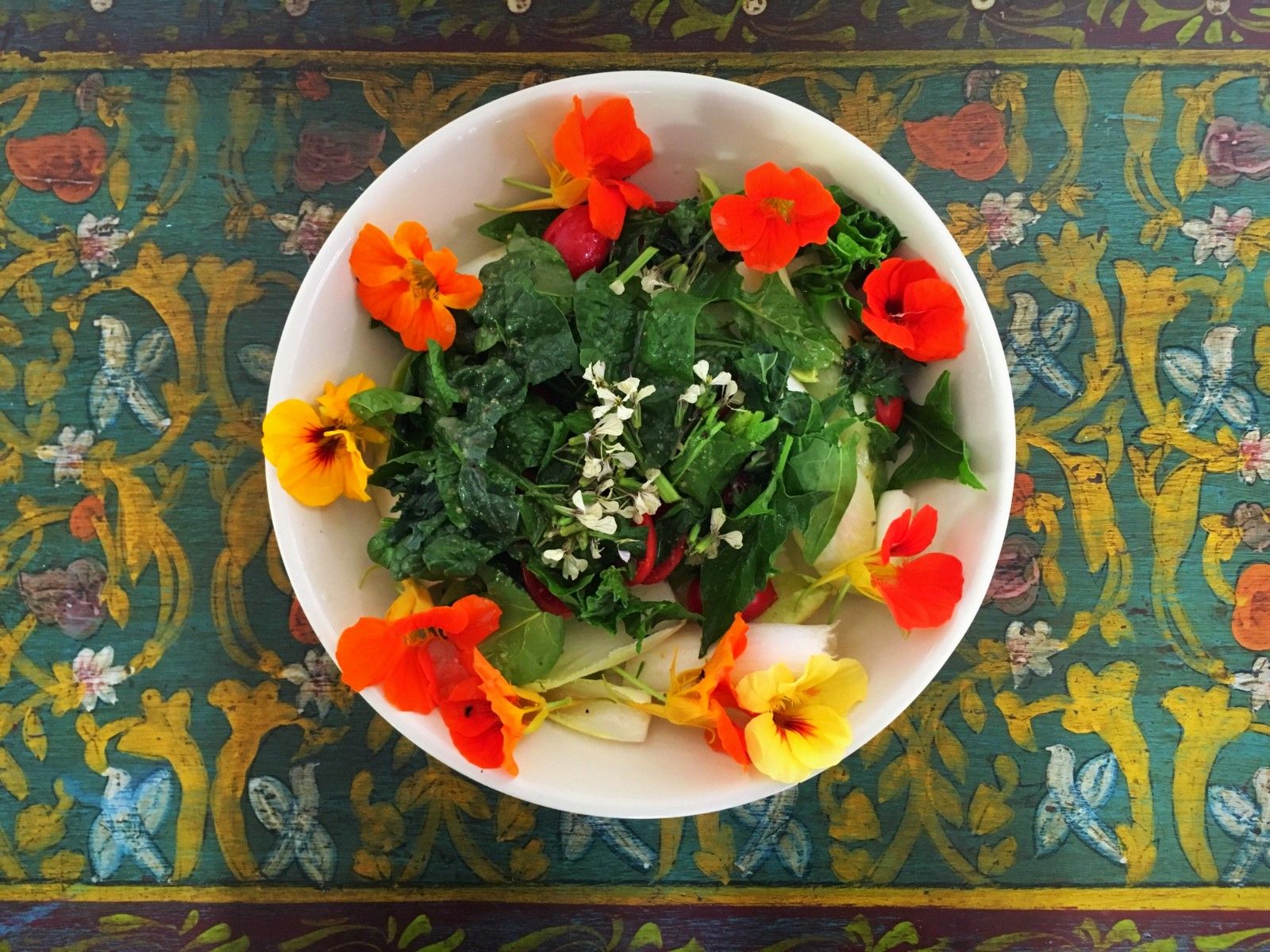 How to heal migraine headaches?

When seeking to heal migraine headaches, it is imperative to first improve your diet. It is important to remove or limit foods that burden the liver (animal products - especially eggs, dairy and pork, canola oil, and nut butters), as well as dehydrating foods such as alcohol, tea, coffee, soda, and chlorinated water. In addition to eliminating harmful foods and beverages, it is important to increase the amount of fresh fruits and vegetables in your daily diet.

Improving hydration is also an important step in preventing migraines. It is best to start the day with a bit of lemon juice in a glass of water, which is not only hydrating, but also helps to flush toxins out the liver. Other hydrating drinks include cucumber juice, coconut water, and water infused with fresh Lemon Balm leaves.

16 oz of fresh celery juice in the morning, on an empty stomach, is also essential when seeking to heal from migraines. The mineral salts found in celery juice help clean out the liver, repair damage to nerve endings, and significantly lower the viral load.

It is also important to lower the amount of heavy metal in the liver and other places in the body by incorporating the Heavy Metal Detox Smoothie daily or as often as possible. The five essential ingredients of this smoothie – barley grass juice powder, Hawaiian spirulina, dulse, blueberries, and cilantro – not only remove the heavy metals but also help heal damaged neurons.

Supplements that you might like to incorporate in the healing process include: GABA, melatonin, Neuromag, magnesium glycinate, B12 (that has both methylcobalamin and adenosylcobalamin), methylfolate, 5HTMF, and a good quality zinc supplement.

Anti-viral/anti-bacterial herbs are also important to use when battling a viral or bacterial based migraine. Lemon balm is definitely one of the more important anti-viral/bacterial herbs as well as Cat’s claw and hyssop. Red clover helps to thin and clean up the blood, while rosehip is rich in vitamin C and helps support the immune system. Turmeric and ginger shots, on their own, or in juice, are also helpful. Goldenseal is particularly good for sinus based migraines, and elderberry syrup helps support the immune system. These last two are best used off and on and not continually.

The energetic aspect of migraine headaches

As mentioned earlier, stress is often a trigger for migraines, and migraines can create stress, leading to a vicious circle. Often there is little you can do once the migraine has begun other than take pain relievers. There are some good herbal alternatives such as feverfew and camphor-peppermint oil that can help to relieve pain, however, when seeking to heal from migraines, prevention is the best strategy.

In addition to the changes in diet that we have already mentioned, to fully heal migraines, we need to learn to resolve issues that cause stress.

When we have an idea or belief (in our head), which is not in harmony with what we truly want (in our hearts), this creates a tremendous amount of discord within the physical and emotional body. It’s as though the head is going in one direction, and the rest of the body in a different direction. 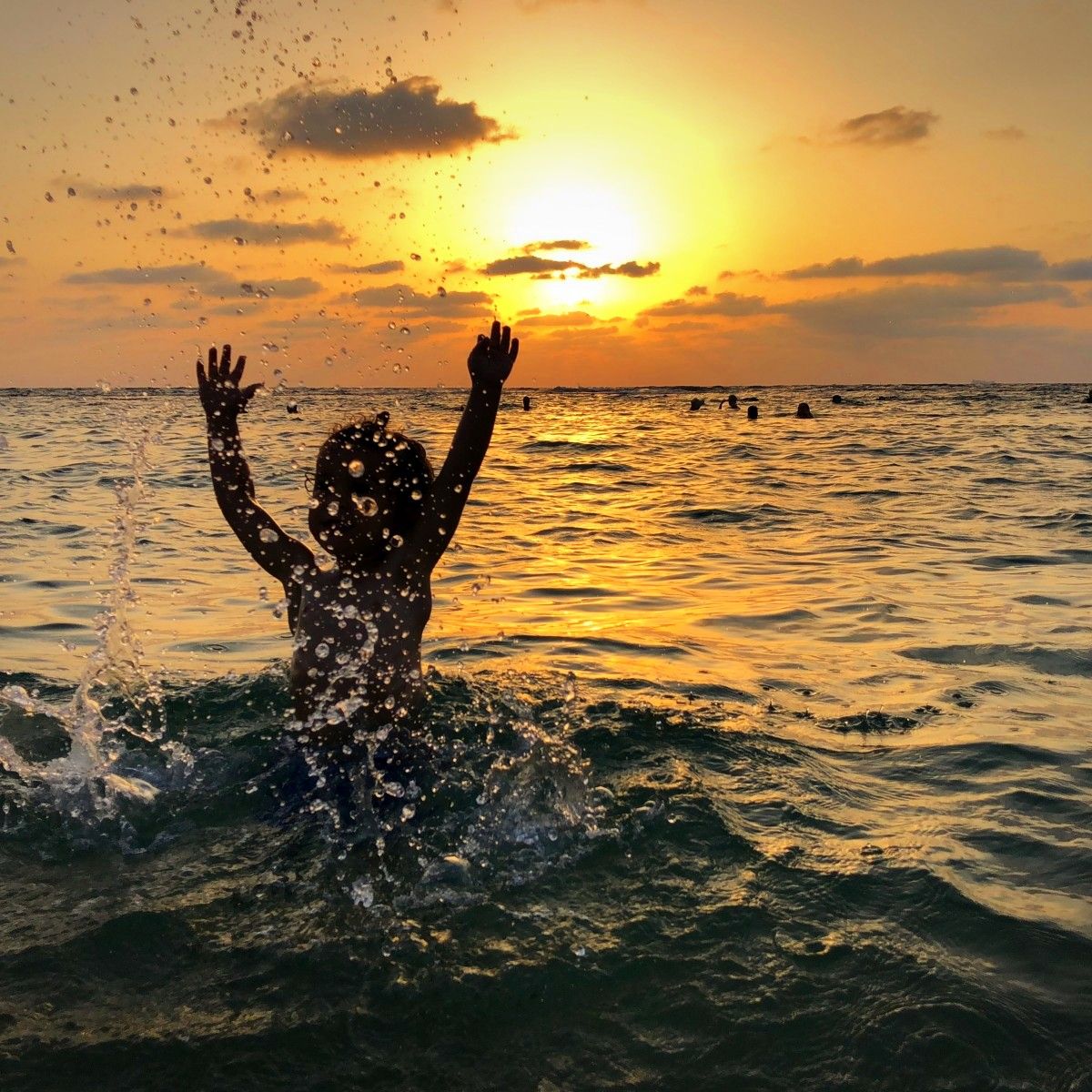 To create harmony between these two important organs, we need to learn to identify and change the limiting beliefs that prevent us from fulfilling our true heart’s desires, thus aligning the mind and heart, so that they work in synchronicity. This helps us to remove the blockage that has created an excess of energy in the head, and better channel the life-force coming from the crown, down into the heart, solar plexus, sacral and root chakras. This in turn will ease up the energy that has accumulated in the head, bringing release and well being.

Learning to follow your heart, but take your brain with you, is an acquired skill that takes time and practice to learn.

As we realign our beliefs to serve our higher self, we begin to heal all aspects of our life.

To find a practitioner trained in reprogramming the energetic body, contact the Cosmic University: [email protected]