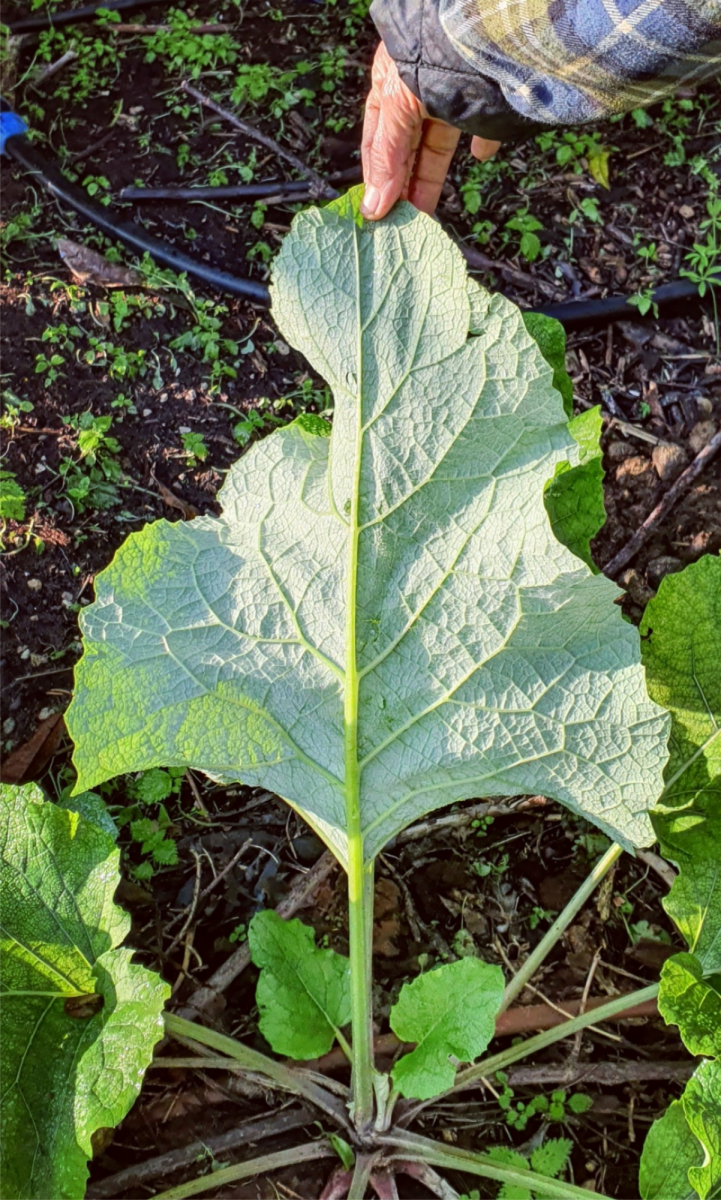 rdock (Arctium lappa) is a large and sturdy biennial native to Europe and Asia, has become naturalized throughout North America, and is easy to grow in Israel, as long as it has some shade and regular watering. Its impressive leaves can grow to massive proportions with wavy margins and long white hairs on the underside. During its first year, burdock produces basal leaves, and in its second year it sends up a flowering stalk, which eventually bears pinkish-purple thistle-like flower heads. The seeds have burrs that readily cling to both humans and animals, enabling the plant to reseed in the following year.

Burdock has a long tradition of medicinal use and is a classic wild food-herb with a subtly sweet and earthy flavor that works well with potatoes, mushrooms, and onions. Fresh burdock can be juiced with celery, kale, and apple or used in recipes as one would use carrots, and is best added to soups and stews. Dried burdock root can also be used as a medicinal tea. Any time an herb is used as food, we know we have some flexibility with dosage, and that it will be generally safe to use as a tonic.

Burdock’s deep roots make this food particularly nourishing, as it is rich in trace minerals as well as vitamin B, A, C, and K. The roots also have a grounding ability that comes from driving deep into the earth. When the liver is filled with viruses, unproductive bacteria, worms, fungi, or other pathogens, it loses its negative charge and ability to well ground itself. This is where burdock is particularly helpful.

The phytochemicals in burdock support the liver by reducing the growth of cysts and repairing scar tissue. Burdock can detoxify the densest core of the liver and remove toxic hormones that come from outside sources such as metals, plastics, herbicides, and fungicides, making burdock an essential blood purifier and detoxifying herb. It also has powerful anti-tumor, anti-fungal, anti-inflammatory, and anti-microbial properties, and is one of the most recommended herbal remedies for cancer, based on the belief that it can prevent cancer cells from metastasizing. Burdock is one of the key ingredients in the famous natural cancer remedy known as Essiac tea.

This wild food also has a unique gift for cleansing the lymphatic system, enhancing white blood cells and killer cells to keep the lymph nodes strong.

It is also one of the most important herbs for treating chronic skin problems such as acne, psoriasis, eczema, shingles, and dandruff. Topically, the leaves are most commonly used as a poultice or wash for eczema and psoriasis. The roots and leaves are best combined with red clover (Trifolium pratense), dandelion (Taraxacum officinale), and yellow dock (Rumex crispus) to make a salve.

Burdock can also help stimulate metabolism, and hair regrowth, strengthen nails and aid in edema and weight loss. The root is an effective painkiller that can help alleviate symptoms of inflammation affecting auto-immune disorders such as rheumatoid arthritis, fibromyalgia, bursitis, lupus, and diabetes.

How to Grow Burdock: 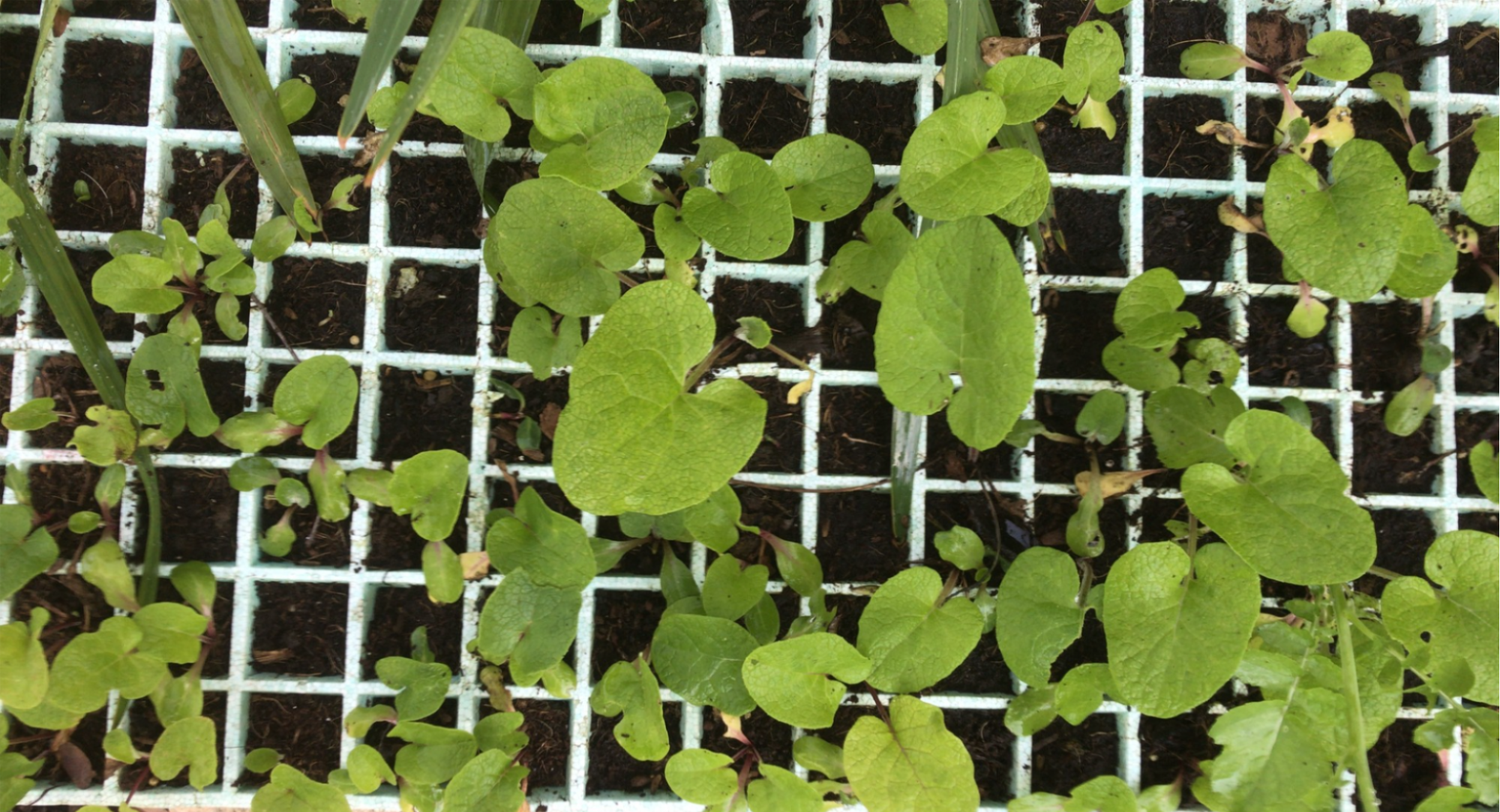 Burdock is prolific and will germinate easily, in starter trays or directly on-site in a little as 7 days, as long as the soil is kept damp. Cover the seeds with a bit of soil and tap down lightly. Burdock can become rather large, especially in the shade, and requires at least 30 cm between plants, and 50 cm between rows.

One of the reasons burdock root is so full of minerals is because of the depth at which the plant grows - This is both a blessing and a curse come harvest time, so make sure your soil is rich with organic matter to make harvesting easier.

Burdock can be planted as soon as the rains begin in the fall right through to early spring. Israeli summers are a bit harsh on them, so it’s best to get the plants well established before the summer heat hits, and provide plenty of water throughout the summer. Take care that the roots aren’t standing in water or they may ro 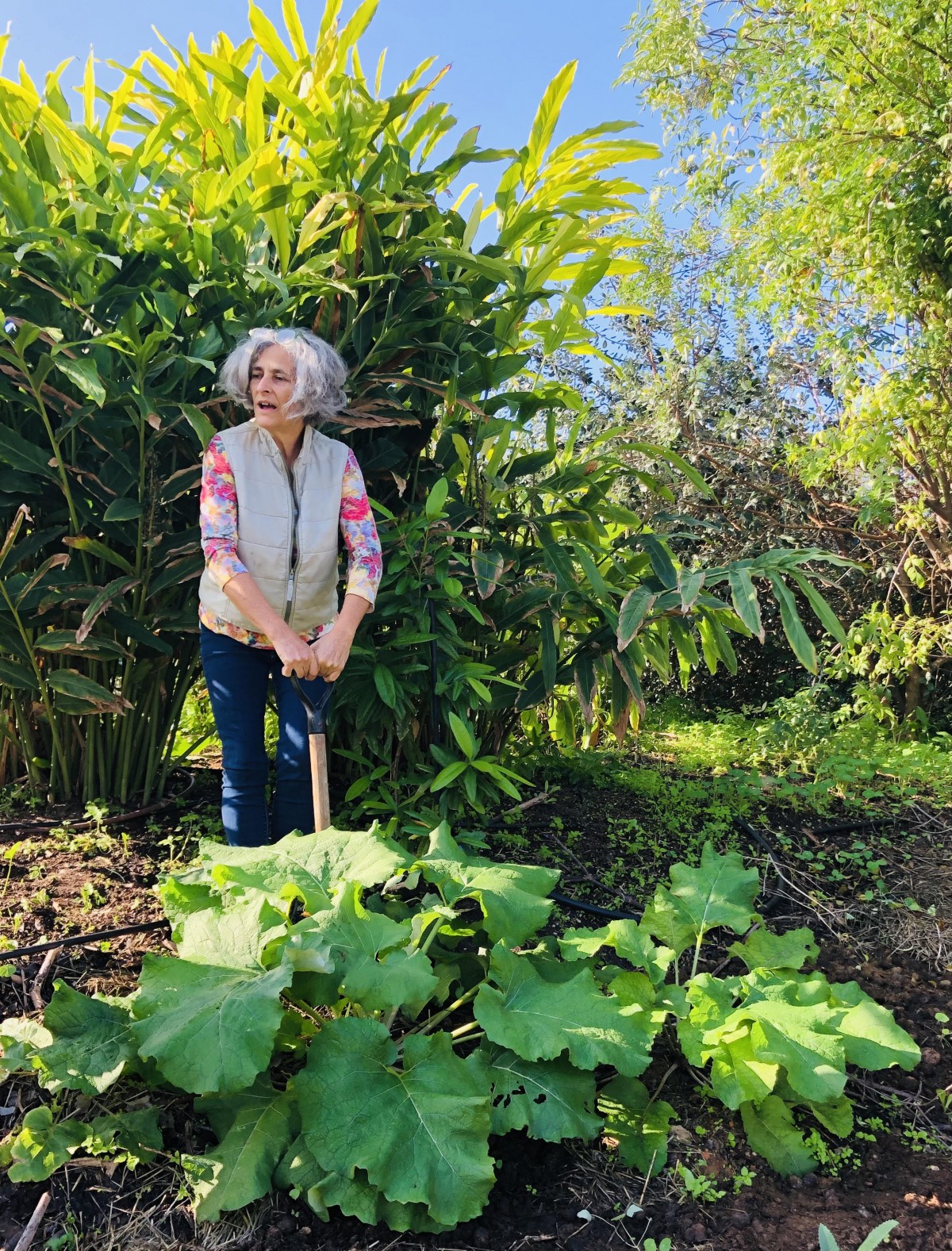 Fresh burdock leaves can be harvested as needed throughout the year, while the root is best at the end of the first year or when large enough to be of use. It can be challenging to extract the entire root. I recommend using a posthole digger or digging fork. One strategy is to dig down beside the root and extricate it from the hole. Wash the root and store refrigerated for up to two weeks. If preparing the root for use in tea, chop and dry immediately.

Dosage for tea is 1-2 teaspoons of dried burdock root for 1 cup of boiling water. Let steep for at least 10 minutes and sweeten with honey if desired. 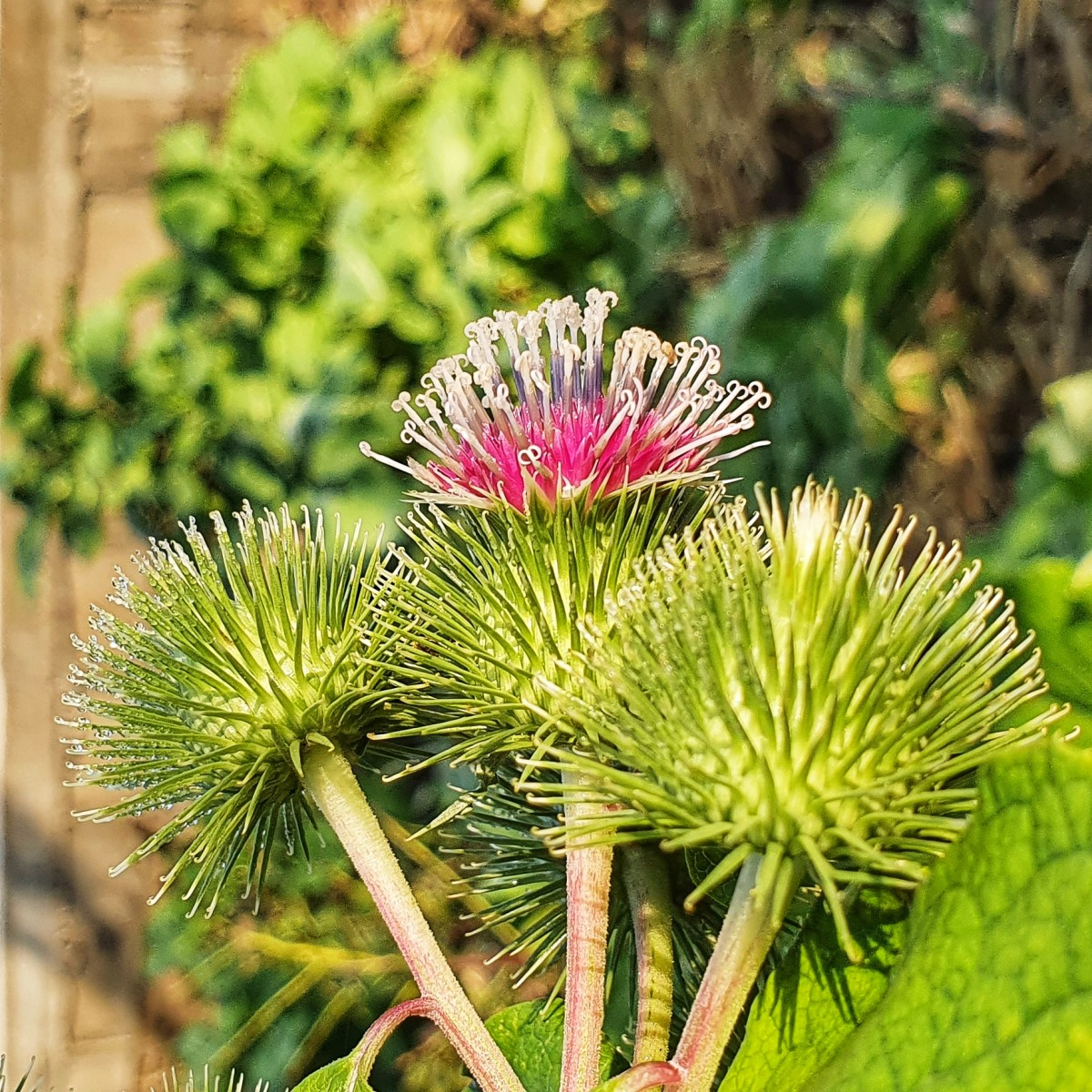 If you’re looking to ground yourself and cleanse your body, mind, soul, or even the space around you, of toxic content, bring burdock into your life and garden. Once a burdock plant has gone to seed, the tiny hooks on the burrs will latch onto anything that comes its way, teaching us to cling on to our hopes and aspirations, until they find fertile grounds.

To make the most of burdock, try juicing fresh burdock root together with apples and carrots. Drinking it freshly juiced allows its minerals to directly enter your body without delay. You can also eat burdock roots like you would carrots. Its antimicrobial properties and fibrous nature help clean the teeth and keep the mouth free of unproductive bacteria and stave off gum disease.

I would like to thank Medical Medium, Chestnut School of Herbal Medicine, and Ran Pharma for their generosity in providing information for this article.