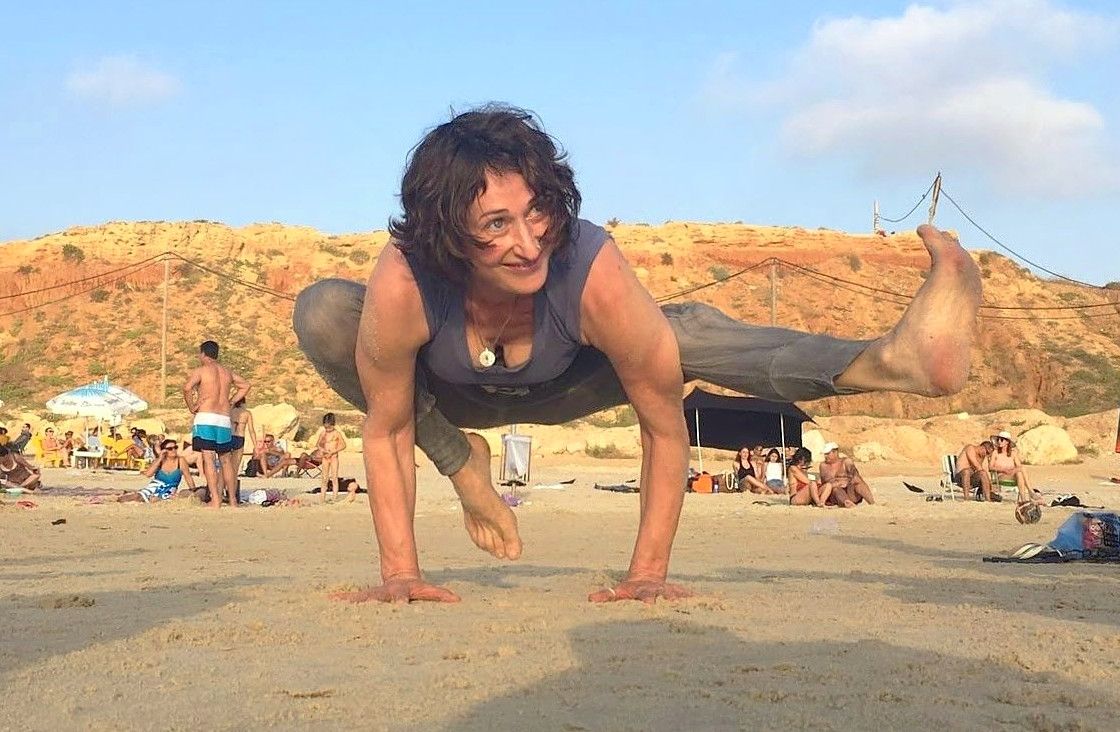 When it comes to women vs. men, I’ve always found that women are stronger than men, but then again, I’m probably biased :) Nonetheless, there are many studies that support this opinion. Adrienne Zihlman is an anthropologist at the University of California, and has dedicated her career to understanding human anatomy, and the evolution of women’s bodies. I agree full heartedly with her conclusions: “There is something about the female form, the female psyche, just the whole package, that was honed over thousands and thousands, even millions, of years to survive”.

However, there is an aspect of women’s health that has puzzled me for many years: If women are more resilient than men, why do they seem to have so many hormonal issues, and why are they more prone to “autoimmune” disease than men?

Recently I found the answer, thanks to Anthony William, the Medical Medium: When a woman is menstruating 80% of the body’s active immune system and reserves go toward renewing the womb, and during ovulation 40% of the immune system and reserves are dedicated to ensuring proper ovulation. In addition to this, ovulation and menses require an increase in the production of cortisol and adrenaline – two important stress hormones.

When we add a poor diet to the bi-monthly weakened immune system and high levels of stress hormones (that provide fuel for viruses), this creates a perfect storm in which women are more susceptible to disease.

The EBV virus and the female reproductive system

The Epstein-Bar virus (EBV) is a very versatile and prolific virus, affecting roughly 70% of the population. EBV is discussed in depth in the article on A New Perspective on Autoimmune Disease, and here we will focus on how this virus affects women’s health.

Most people contract the EBV virus in childhood, which can manifest as the flu or a sore throat. After the initial stage, the EBV virus remains fairly inactive, waiting for a sign coming from a weakened immune system and/or high levels of hormones, such as during puberty. Often, this is when we are first diagnosed with EBV, manifesting as mononucleosis, glandular fever or tonsillitis.

EBV’s partner in crime is often the streptococcus bacteria. These two can create a broad spectrum of symptoms, confusing physicians and patients alike. Common symptoms of an EBV/streptococcus infection within the female reproductive system include: 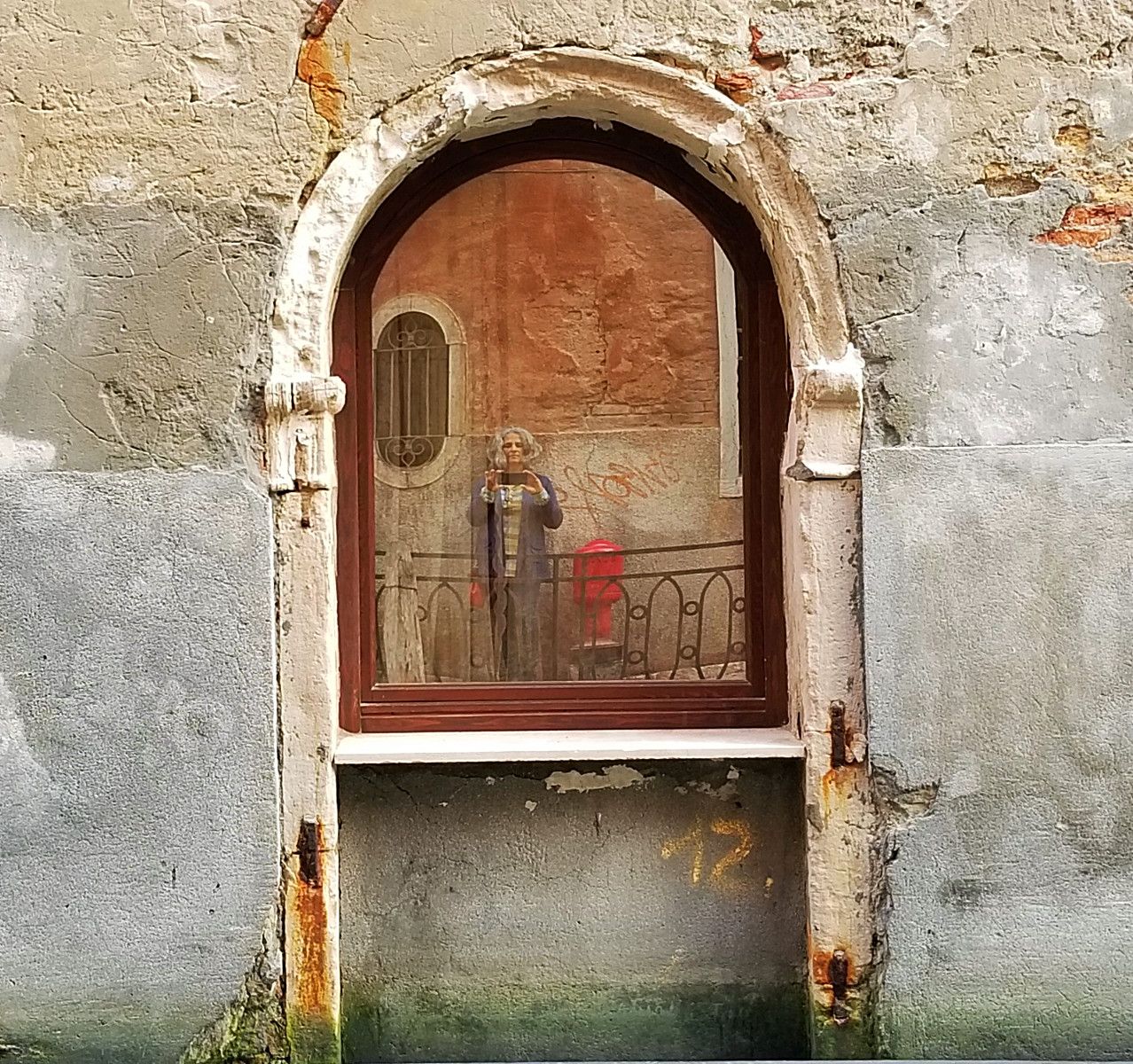 Often EBV will morph and change over the years, starting out as a thyroid condition, moving into the ovaries and then migrating to the uterus. When in the uterus, EBV can create fibroids which at times are particularly disruptive, growing quite large, creating tremendous pain and bleeding. Sometimes fibroids are so destructive that surgical measures need to be taken.

When diagnosed with a PCOS and/or uterine fibroids, we may be told that we have a genetic predisposition to these diseases, or that we have a hormonal imbalance. It is important to understand that genes do not turn off and on, and the theory of genetic predisposition fails to identify the underlying cause of many diseases. For those who want to better understand this approach, I highly recommend you listen to Bruce Lipton - a developmental biologist and prominent forerunner in the field of epigenetics. 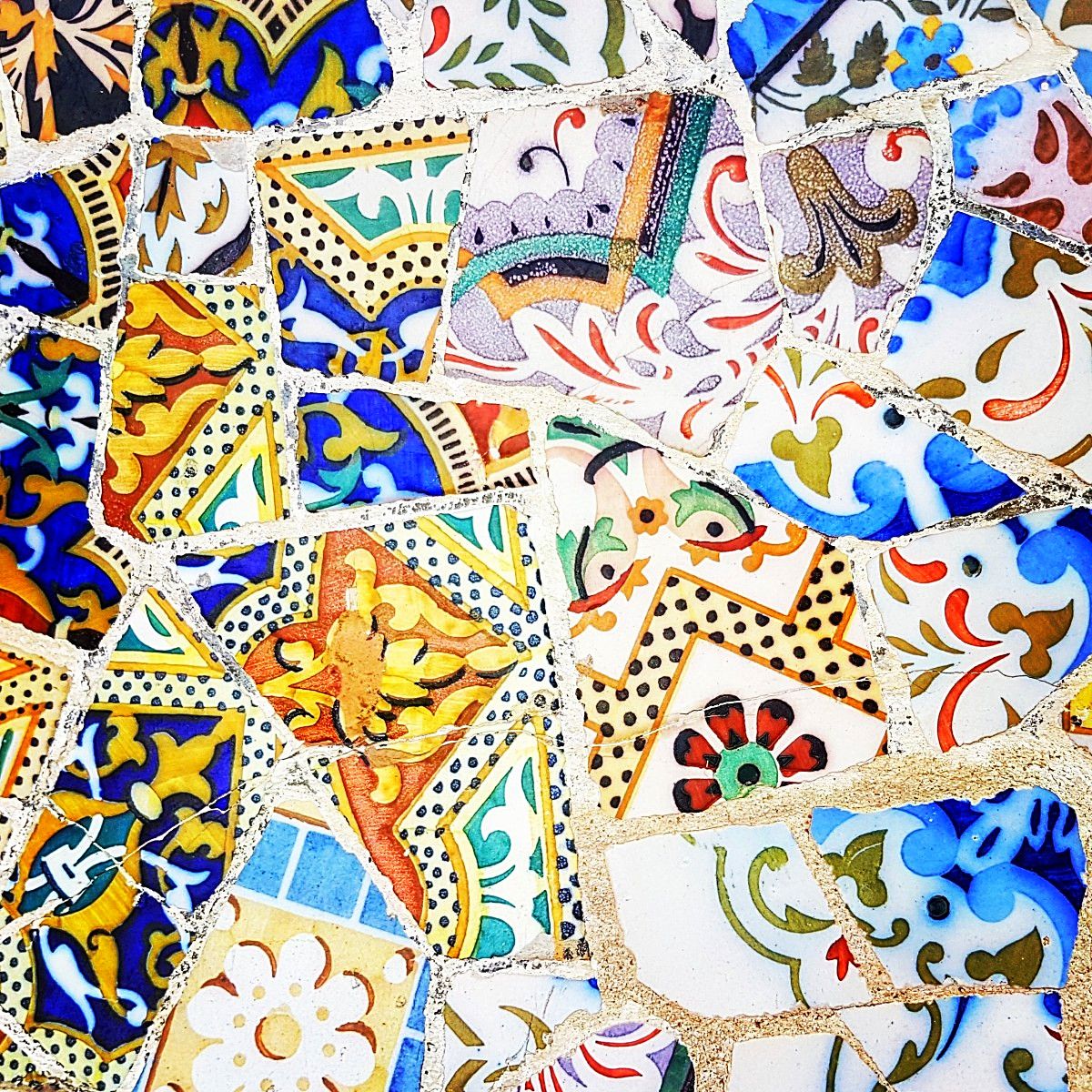 Triggers that can cause EBV to become active: 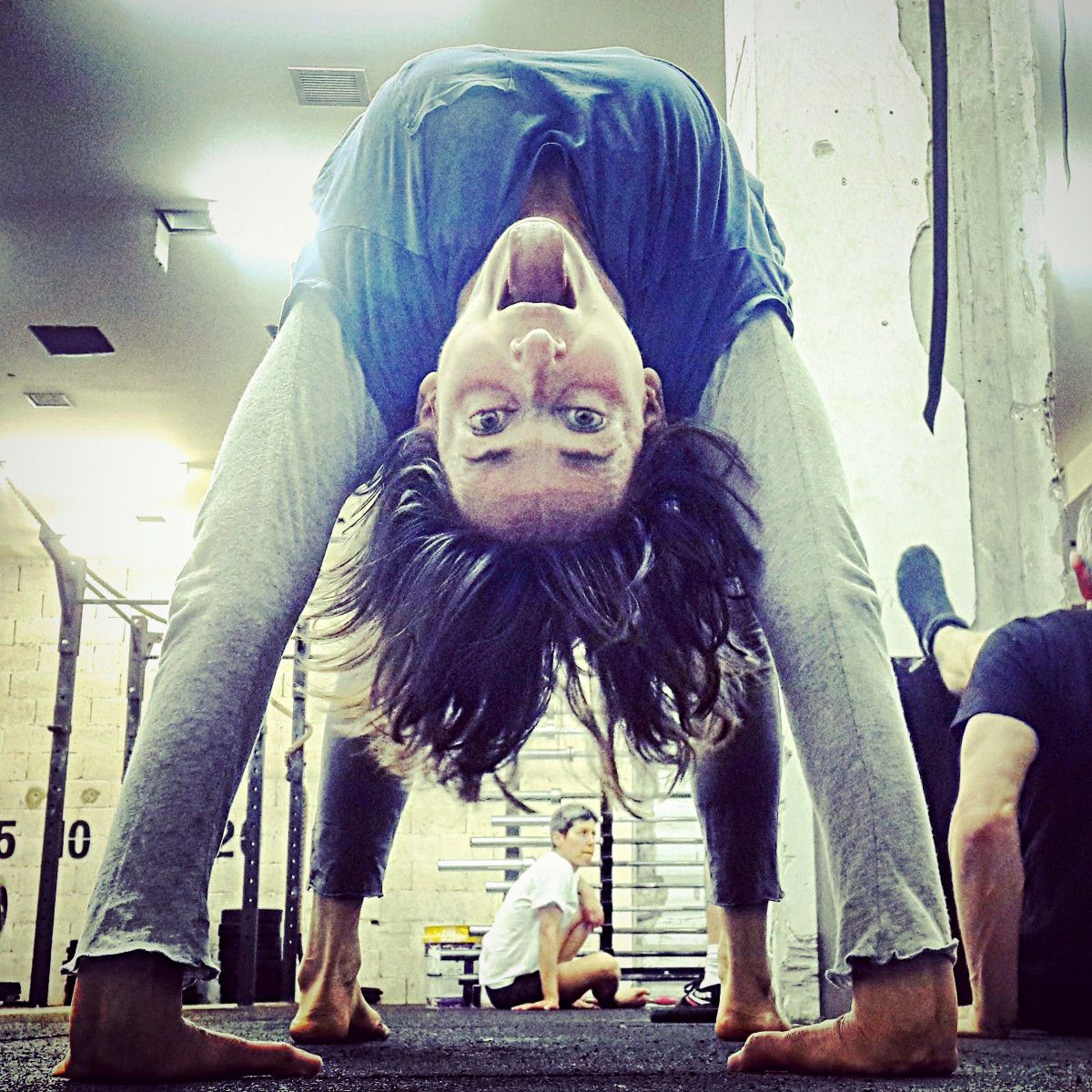 Hot flashes, night sweats, fatigue, weight gain, digestive trouble, headaches, insomnia and more have become so commonplace today that we don’t realize that menopause hasn’t always been this way. Prior to the 1950’s, menopause was typically signaled as a time of increased energy, heightened libido and a slowing of the aging process.

In the article on EBV we discussed the environmental toxins and experimentation that began in the 1890’s, causing a benign virus to become aggressive. In the 1950’s, the women who were exposed to this virus in their childhood, began to exhibit unusual symptoms not previously recorded. At this period of time, two additional factors contributed to an increase of these symptoms - an increase in radiation exposure due to fallout from World War II and widespread use of DDT.

When night sweats, hot flashes, lowered libido... first appeared in the 50’s, they seemed to occur mostly in women who were menopausal. This timing gave birth to the idea that these symptoms were caused by an hormonal imbalance and/or deficiency. Needless to say, this conclusion came at the same time pharmaceutical companies began experimenting with hormones, thus giving birth to Hormone Replacement Therapy (HRT).

The first wave of HRT was composed of estrogen derived from pregnant horse urine. Due to the foreign nature of this type of estrogen, the women taking these drugs began to experience dangerous side effects, such as an increase in breast cancer, heart attacks and strokes.

The newer generation of HRT is composed of bioidentical hormones, and called BHRT. These hormones are believed to be chemically identical to those produced in the body, and therefore, safer. However, BHRT has also been found to be linked to an increase in blood clots, stroke, gallbladder disease, heart disease and breast cancer. Due to the steroidal qualities of these hormones, some women do experience initial relief when using this medication, however, this is often short lived.

Today many still believe that hot flashes, night sweats and other “menopausal” symptoms are due to a hormone imbalance, even when these symptoms may appear in women years before menopause. This is not to say that hormones can’t go off balance, however, when they do, the culprit is often overworked adrenal glands, and/or an underactive thyroid. The hormonal imbalance is one piece of a larger puzzle.

It is important to note that contrary to popular belief, estrogen and progesterone are not the fountain of youth, but quite the opposite. Reproductive hormones are a steroid compound that has a corrosive effect on the body. These hormones contribute to osteoporosis and speed up the aging process. The natural decline in these hormones at the time of menopause helps safeguard women not only from osteoporosis, but cancer, viruses and bacteria as well. 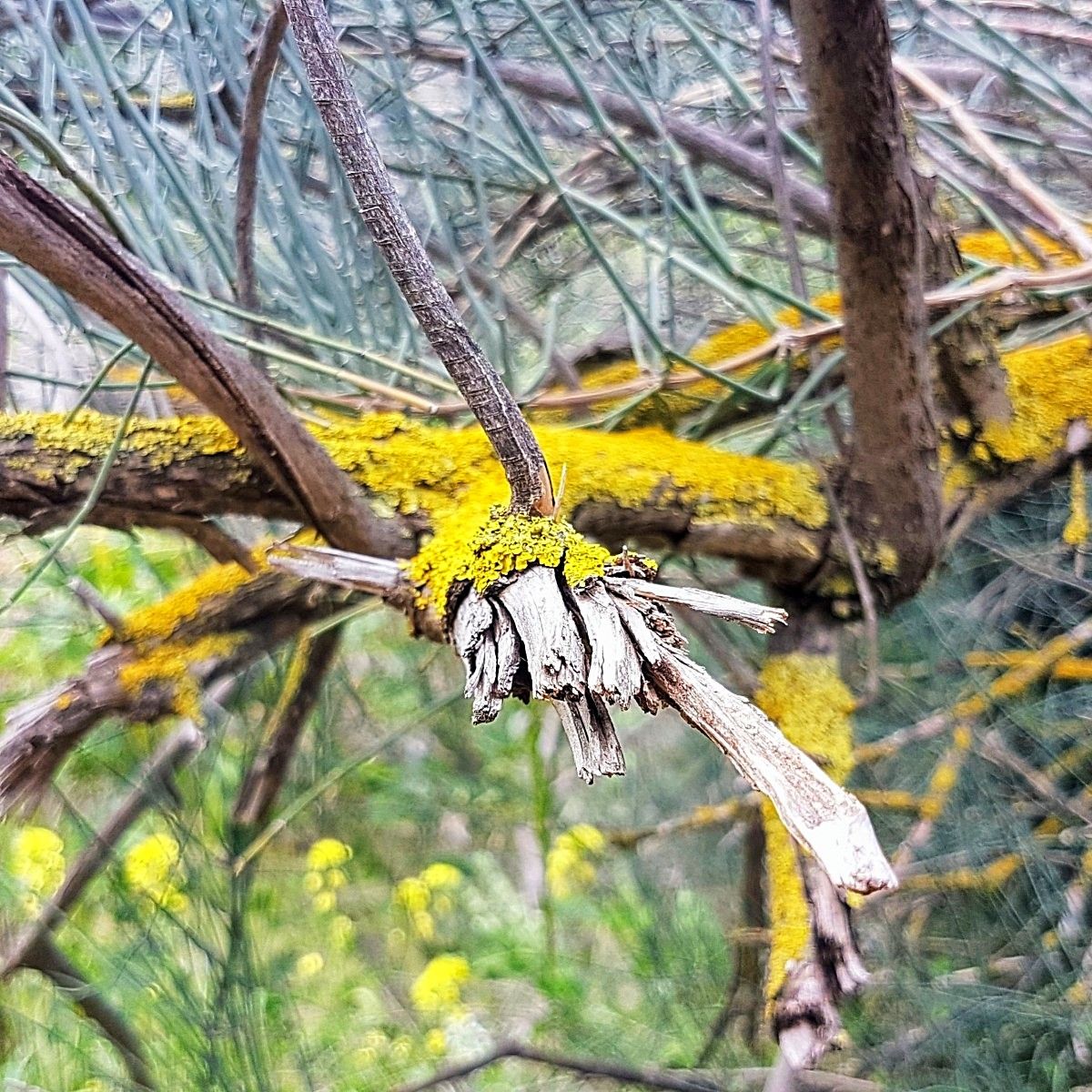 Osteoporosis is usually caused by a long history of poor dietary choices combined with stress, creating what is known as acidosis – an excessive acid condition. Foods that contribute to acidosis are animal products, milk and eggs, processed food, soda, caffeine, alcohol and processed sugar. In addition to a poor diet and stress, environmental toxins, some medications, and low body weight can also contribute to low bone mass.

When faced with osteoporosis it is imperative you improve your diet by removing as much of the problematic foods as possible, and eat lots of fresh fruit and vegetables. Often women (and men) with osteoporosis have some nutrient deficiencies so supplementing with specific nutrients and foods can be very helpful to correct these issues. Important supplements for osteoporosis includes silica, nettle leaf and turmeric daily.

The presence of heavy metals can also play a role in the loss of bone mass, so we will also want to integrate the heavy metal detox smoothie in our daily diet. Other important steps to take include stress management and physical activity specifically designed to strengthen the bone such as yoga or pilates. 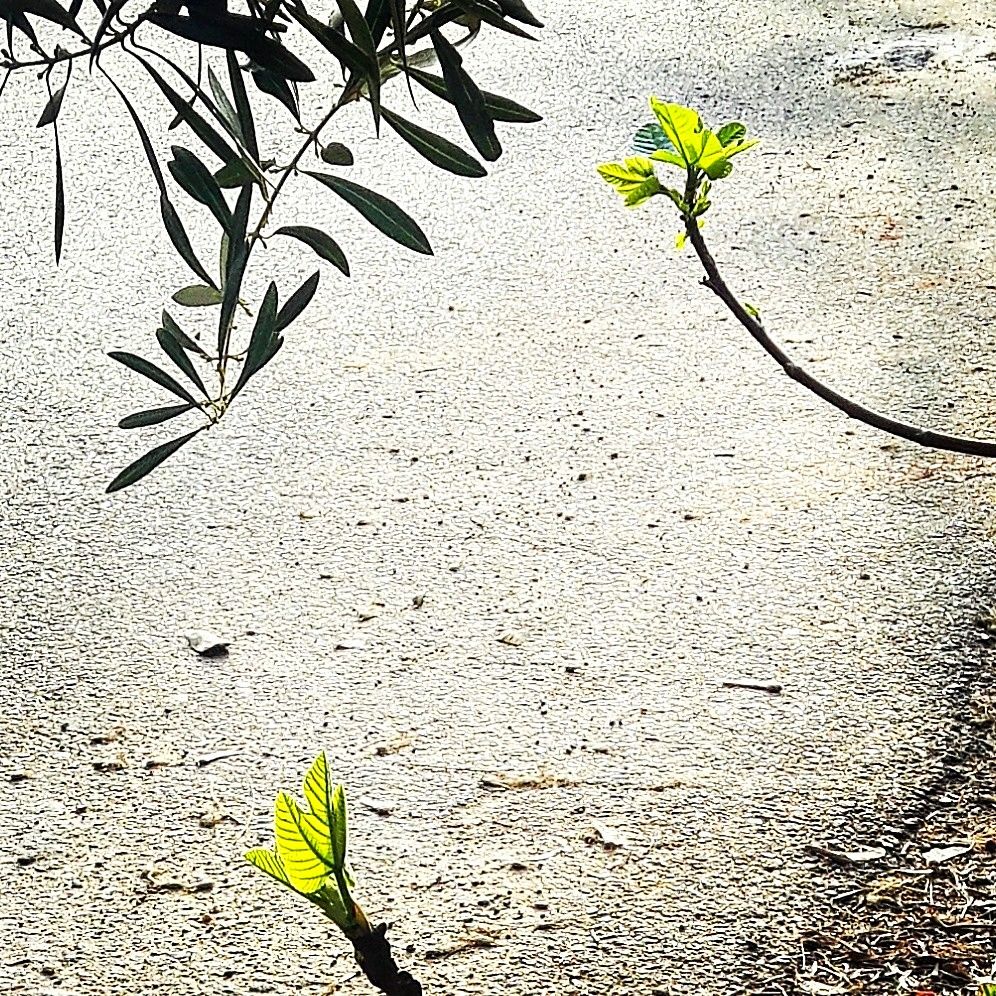 The many symptoms mentioned in this article can be the result of adrenal fatigue, food allergies, a viral infection, liver dysfunction and/or hypothyroidism. When we go through hormonal changes, whether it be ovulation, menstruation or menopause, this will cause any existing problems to become more pronounced.

These foods provide antioxidants and nutrients that help fortify vital organs, reduce hot flashes and inflammation, while keeping reproductive hormones balanced. When seeking to make a change in diet, some people prefer to advance slowly, while others will want to make a more drastic change - both approaches work well. To help you get a better idea what a healing diet should look like, I strongly suggest you use the guidelines in the 28 Day Healing Cleanse, whether you choose to follow all of the recommendations or not. 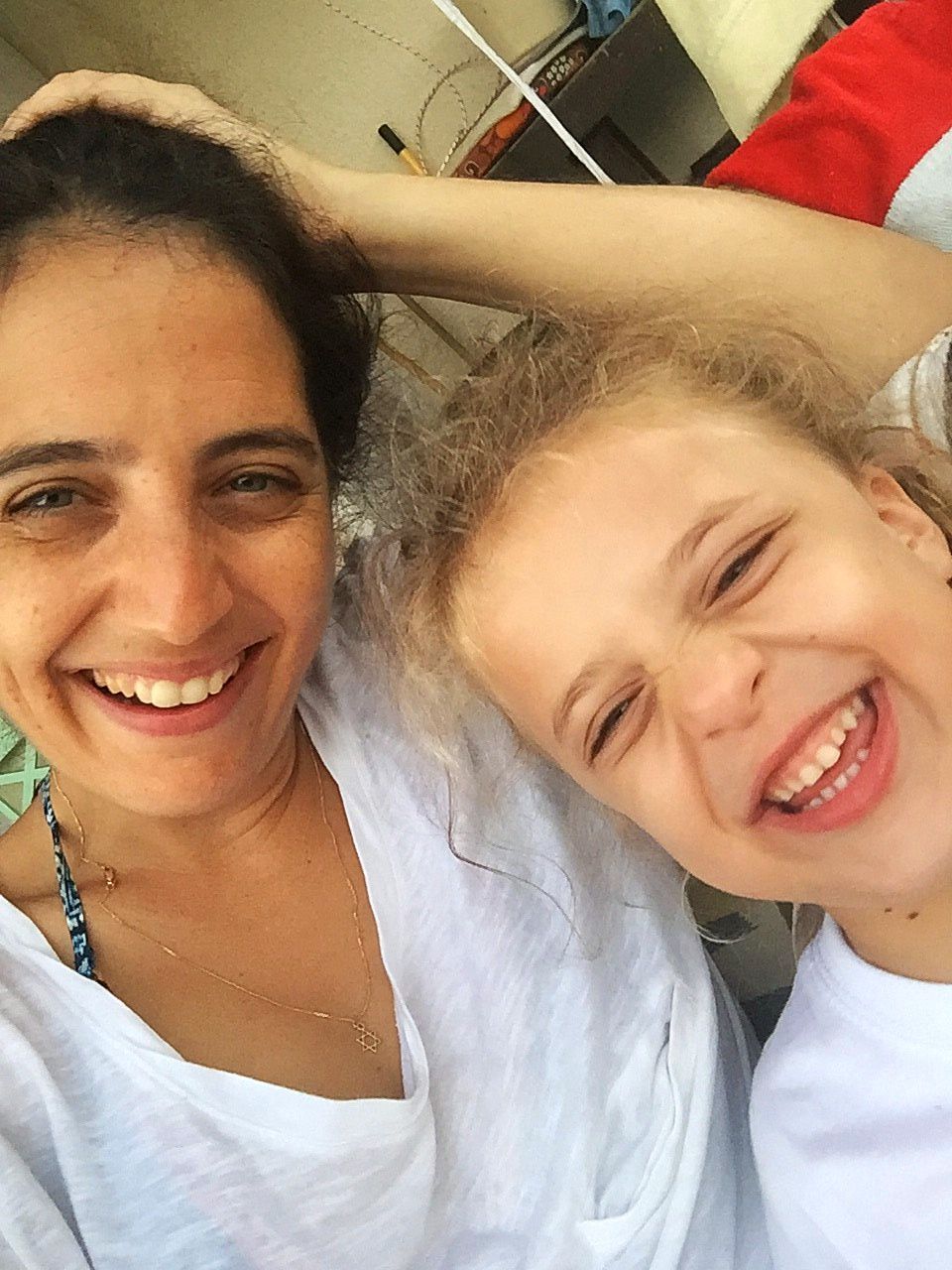 The healing process is different for each of us. Once our body knows that we are fighting a virus, the immune system awakens to identify and target the invader. It is important not to be discouraged or fearful of the Epstein-Bar virus. When viruses are in balance, existing within a healthy body, they become instrumental in maintaining a strong immune system, preventing us from contracting more serious diseases.

By nourishing our body with healing foods and addressing the true underlying causes of the symptoms, we can heal and create a vibrant and healthy life, regardless of age.

As we learn to regain control over our own wellbeing, we also learn to address the emotional and spiritual issues that influence our lives and bodies. An important place to learn what you need to know about the female body and psyche is with Dr. Christiane Northrup - a leading pioneer in women’s health.

We are awakening to the true cause of modern-day disease. We need to begin to take our health into our own hands. We need to lower the toxic load by cleaning up our environment, supporting organic farming and farmers, and becoming conscious consumers. There are many environmentally friendly products on the market that are safe to use - however we need to make a choice to use them. The future of humanity will be determined by our everyday choices.